Religion and belief became one of nine protected characteristics in the Equality Act 2010, yet there has been little research done into the impact of this on students since then.

This research was made possible by new requirements from the Higher Education Statistics Agency (HESA), introduced in the 2017-18 academic year, which made the return of data about students’ religion and belief mandatory. The report uses data collected from over two million HE students.

HESA statistics show around half of all students reported having a religion or belief (50.2%). The majority of these were Christian (65.5%), followed by Muslim students (17.8%).

The figures show that men are underrepresented in UK HE; overall 57.0% of students are women. However, the analysis found that this split was not present in all religious groups. For Hindu and Muslim students, the gender split of people in HE was close to 50:50. In contrast, over two-thirds of students identifying as Spiritual were women.

A gender attainment gap was present within all religious groups, however, with women graduating with a first or 2:1 degree in higher numbers than men. 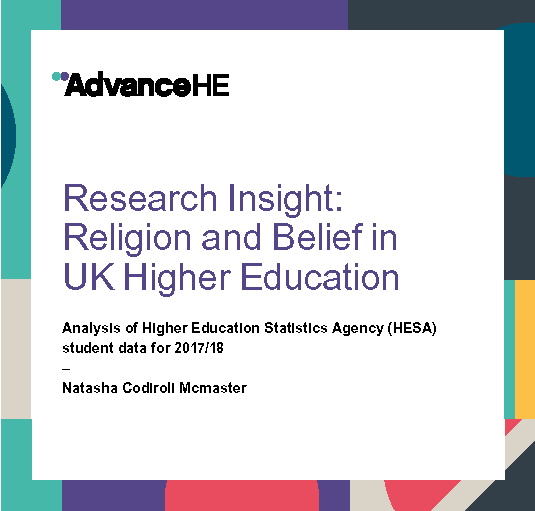