5 rules for leaders when challenging racism

08 Jun 2020 | Advance HE At the Advance HE online BAME Leadership Summit on 19 May, Binna Kandola OBE gave us his insights into ‘modern racism’ and how leaders can clamp down on it in higher education

Binna acknowledges that there has been massive progress over the last few decades when it comes to racism and discrimination, both in society as a whole and in the sector. However, rather than racism being eradicated, he says that it has morphed into something subtler and harder to spot but no less harmful.

“Progress over the last 50 years has led some commentators to see racism as something that has been eradicated. This is not true.

“Racism still exists in society however modern racism is indirect, ambiguous and much more difficult to detect.

“It can be something as simple as someone being more likely to be interrupted during a meeting, or simply someone avoiding eye-contact with people of a minority ethnicity. These are things that are difficult to spot but are no less effective in making someone feel excluded or devalued.”

Binna’s research shows that 42% of Asian people and 60% of Black people had experienced racism while at work. He says that modern racists don’t state or endorse racial stereotypes and are likely to react indignantly if challenged on their actions, but given the opportunity they display racially biased behaviour. Leaders have a massive responsibility to spot and challenge this kind of behaviour or it becomes acceptable very quickly.

In order to do this, he sets out his 5 Rules for Leaders when encountering racism. 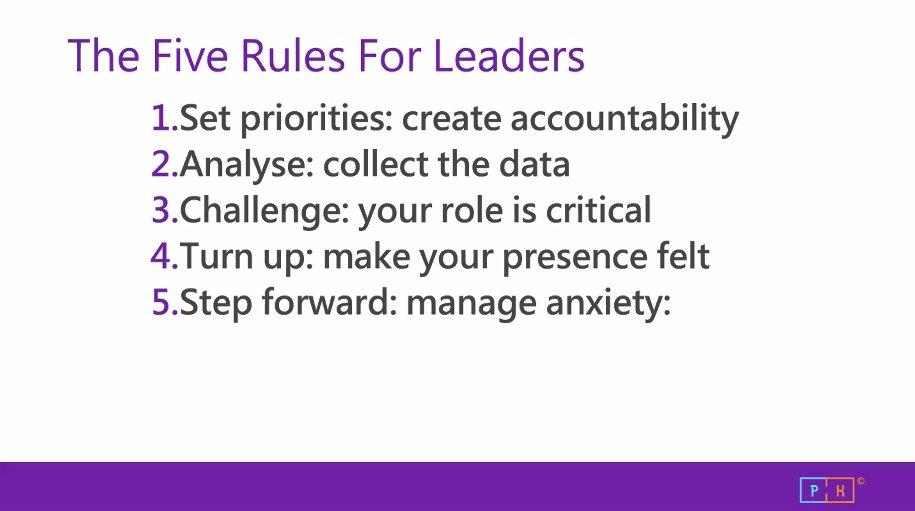 “Number One is set priorities. No one will do anything if the head of an organisation doesn’t make it their priority to eradicate it.

“Make sure your presence is felt at events. I went to an event where the head of the organisation made a two-minute speech saying how racism was their number one priority, and then disappeared for the rest of the day. For me that just showed how much of a priority it really was for them.

“Anxiety is also something that has to be overcome. In my experience, middle-class white people, who you find a lot of in higher education, want to do the right thing but are extremely anxious about making a mistake and being heavily criticised. Everyone makes mistakes and should be allowed to learn from them without fear of being rebuked.”

He says we can see the impact of a lack of leadership right now, due to the coronavirus crisis.

“Anti-Chinese prejudice has risen by 50 percent since the outbreak – including avoidance, verbal abuse, physical abuse and isolation. There have been reports of people spitting and coughing on them in public places.

“The one thing the respondents said was that it occurred in public, they feel like there is no one there to support them. Where is the political leadership?”

This is also something that was looked at in a recent Advance HE blog by Dave Thomas. 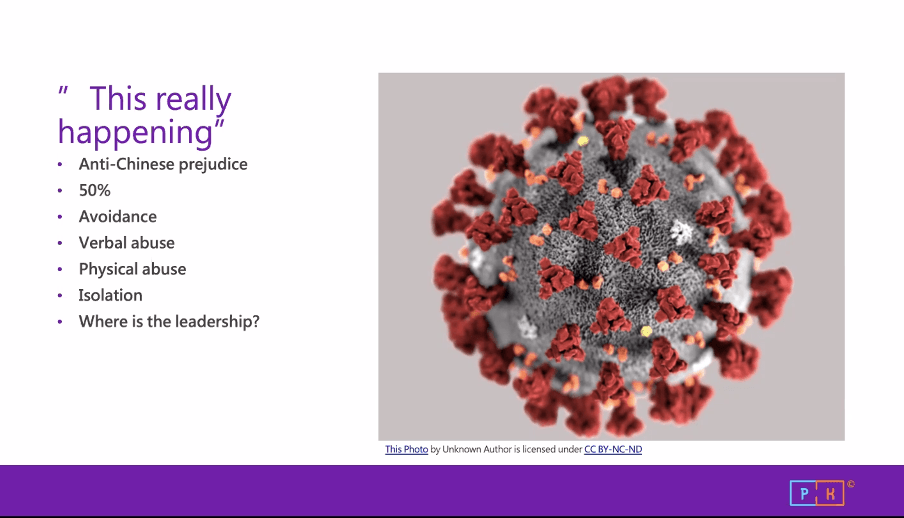 Binna then answered a few questions from delegates.

How do these issues translate online?

Conversely, he suggested that social distancing had actually made people feel less excluded.

“I think working online has made it harder for people to unconsciously ignore others. If you’re having an online meeting it is more difficult to interrupt and exclude people who want to speak. Also the chat function has let people who maybe lack a bit of confidence express their thoughts. So there are some good things to working remotely.”

How do you get leaders to a place where they feel able to challenge others?

“I think the best way to do it is to start by trying to get the person to view a situation from a different perspective, for example saying, ‘have you thought about how that feels to someone of Chinese descent?’. You also need to find allies in the group who will back you up when challenging someone.”

Are the terms white privilege and white fragility useful?

“As concepts they are worth discussing and reflecting on. However too often they are not used to explore but instead I have seen people use them to shut down discussion, and that is never a good thing. And for that reason I don’t find them useful. You’ve got to be able to talk through this and listen to other points of view. Shutting down the discussion can make stereotyping worse.”

Binna was speaking at the Advance HE BAME Summit 2020 on 19 May, for more information on our work on Race Equality click here.

Professor Binna Kandola is Senior Partner at Pearn Kandola. He is acknowledged as an expert in the topic of unconscious bias having been researching and writing about the topic for nearly 15 years. He has written extensively about bias and most recently published Racism at Work: The Danger of Indifference. His work challenges orthodox thinking in the field of diversity and inclusion. He is invited to speak at conferences regularly most recently to speak at the Biased Science event at the Royal Institution.