24 Jan 2020 | Advance HE Our inaugural Women in HE conference sets out the road ahead for gender parity.

More than 150 women working in higher education came together yesterday (23 January) at the inaugural Advance HE Women in HE conference to discuss how to accelerate the pace of change to improve the treatment and inclusion of women within the sector.

Spending the day at @AdvanceHE's #WomenHEConf20 today! 💁🏻‍♀️💁🏾‍♀️💁🏼‍♀️💁‍♀️💁🏿‍♀️💁🏽‍♀️Looking forward to hearing more about ways in which we can collectively change the culture of HE pic.twitter.com/Iec5I4tAqf

Advance HE CEO Alison Johns welcomed delegates stating the day was “an opportunity for a frank discussion, but also a positive statement of what we can achieve together in driving forward the equality which will enrich our sector.”

Alison told the audience that advancing gender equality is not a task that can be completed easily, but highlighted that some progress had already been made. She said however, “the reality is that the progress has been slow, uneven and simply not good enough.”

Delegates heard that it starts with students and subjects. 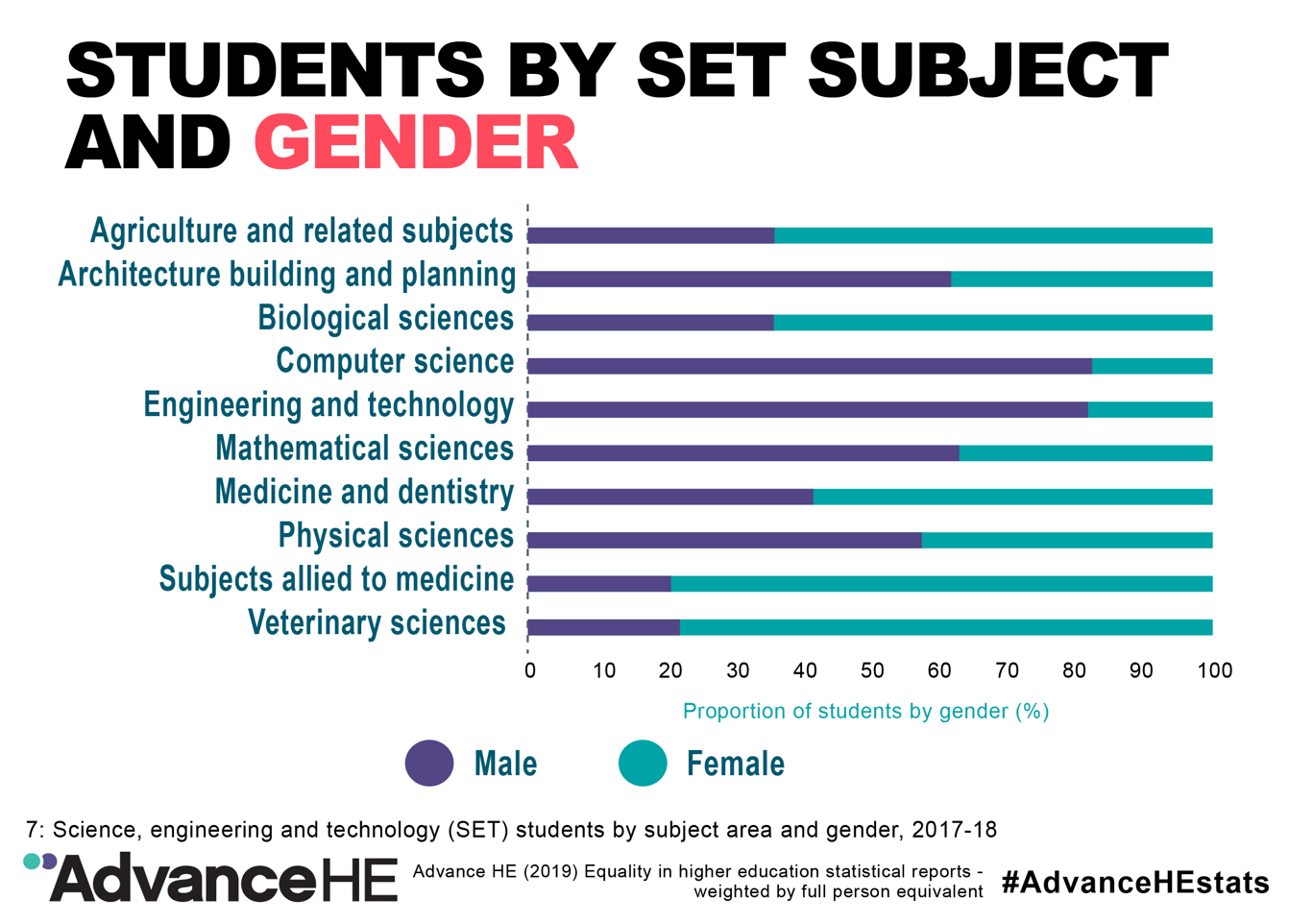 Of all of the students in the UK, the majority are Female (57%). But men are still more likely to do engineering than medicine, and women are more likely to choose veterinary science than computer science.

Although progress has been made, the extent to which women are still concentrated in the same subjects, and men in theirs, suggests a troubling reproduction of gendered subjects and so gendered careers and roles.”

Alison Johns, CEO of Advance HE 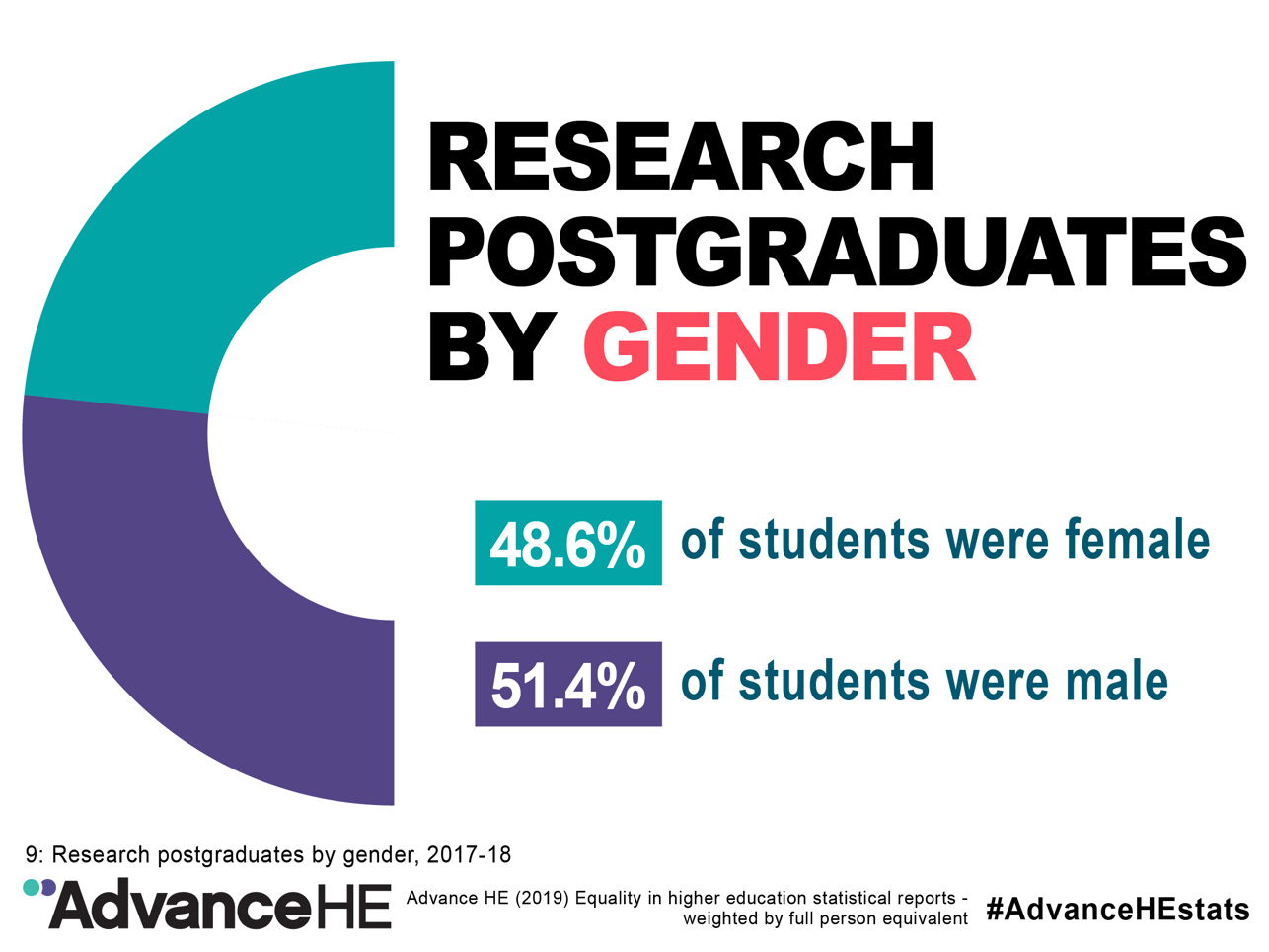 Although close to parity, research masters are still dominated by men (51.4%). The start of the path to become an academic, a path which leads to future leadership within higher education still seems, albeit marginally tilted, towards men.

Across the EU women make up 37% of doctoral students and 39% of doctoral graduates, but hold only 15% of senior academic positions.

Alison suggested that institutions “continue to lack either the will or the capacity to support the pipeline of female talent necessary to change the presence of women in senior academic positions.”

One of the positives from recent progress on equality is that the information and data is better than before. Alison said this is useful to have the clarity of numbers which reinforce the lived experience of colleagues.

In the UK – according to figures from UCEA - within the entire HE workforce women make up 54%.

However, men make up only 23% of part-time work in the UK HE workforce, and make up the majority of academic staff (54%).

"Gender equality has to mean equality in every sense. The mark of genuine equality is the fairness across the board. We simply have to do more.”

How can we accelerate change?

Alison said she thinks institutions themselves should be required to do more to create the conditions for more female leadership - from governance through to schools and departments. She said the Office for Students require action plans on access and participation of students, so we need something similar to ensure opportunity and leadership for women in the sector.

Finally, Alison believes that Advance HE has the credibility within the sector through Aurora, Athena Swan and research and policy work to create spaces such as the Women in HE conference to be a part of pushing the agenda forward.

"Ultimately, we all want be able to look back and see inequality – in whatever guise - as something of the past.” 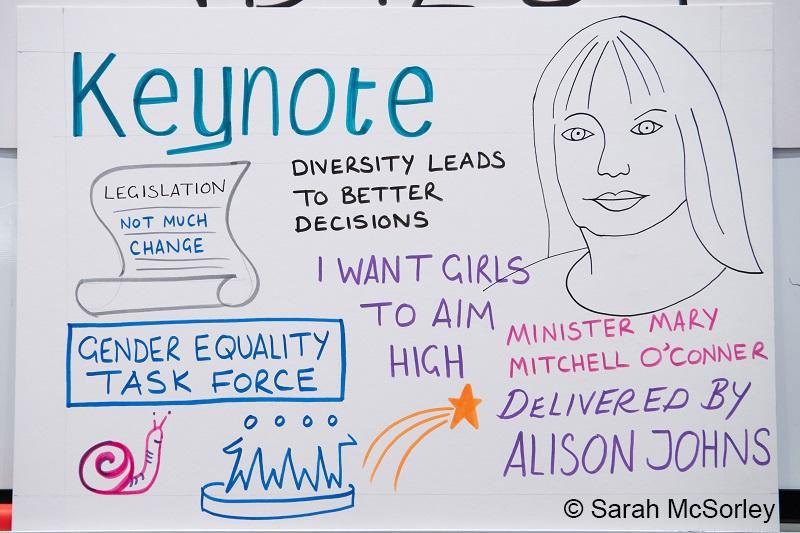 Unfortunately, keynote speaker Minister Mary Mitchell O’Connor, Minister for Higher Education in Ireland, was unable to attend but Alison was able to share with delegates some of the ways in which gender equality has become embedded in the Higher Education Authority in Ireland, spearheaded by the Minister.

From Action Plans, a focus on encouraging the next generation of female leaders and creating a centre of excellence for gender equality, Ireland is an example of a proactive, and committed approach to advancing gender equality with the support of the government.

All universities in Ireland have an Athena SWAN Bronze award with clear expectations and timeframes in terms of progress. In order to secure research funding in future, Irish HEIs are expected to progress to Athena SWAN Silver.

We hope delegates enjoyed the inaugural Women in HE conference and felt supported to play a part in making change happen. Advancing gender equality within higher education benefits more than us and our institutions. It will benefit our students, our communities and wider society.

Brilliant final session of #WomenHEConf20 asking for (1) proper balance of domestic labour at home (2) check our own & others' biases, (3) help create a culture of generosity at work - be clear & firm. What a fabulous, witty and open-hearted speech. Thank you @HarrietMinter!!

Thanks go to @AdvanceHE for a fabulous #WomenHEConf20! I’m taking back so much for myself and for @UniStrathclyde... but first: a quick rest, dinner, and a looooong email catchup. #AcademicTwitter

We look forward to welcoming more women in HE to our conferences and programmes in 2020.

For information on our other conferences taking place throughout 2020 visit the Programmes and Events webpage.