Returning to Leadership a Different Person

17 Jan 2019 | Robin Ryde Now is exactly the right time to learn from the best of the HE network, from other sectors, and from other countries.  Robin Ryde, Co-Director of the Top Management Programme (TMP), shares his insights about the value of joining the TMP.

Now is exactly the right time to learn from the best of the HE network, from other sectors, and from other countries.  Robin Ryde, Co-Director of the Top Management Programme (TMP), shares his insights about the value of joining the TMP. 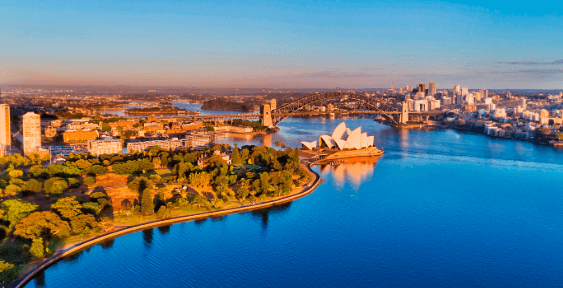 It is getting difficult these days to count on one hand the number of major shifts that are currently occurring in the Higher Education universe. Looking to different regions of this universe we might think about technological developments shaping movements in artificial intelligence, big data, and all things digital, or we might focus on global economic trends and what has been referred to as the rise of the Asian century.  Domestically, the constellation of changes having an effect range from rising student expectations to a shifting regulatory environment to domestic competition, and everything in between.  At the time of writing this article the Brexit Meaningful Vote was being taken and during the previous week, in an unprecedented and surprisingly controversial move, Greggs the bakers launched their Vegan Sausage Roll.  The often quoted saying “we live in interesting times” could not be more apposite.

Amid this swirling snowstorm of change, at times bizarre and unfathomable, we might feel alone and struggle to know what to do next.  But the truth of it is that we are anything but alone.  Institutions across the UK are grappling with the very same challenges, as are HE institutions overseas, and organisations from outside the sector.   It is for this very reason that Advance HE’s Top Management Programme (TMP) operates in the way it does – by constructing a bridge between UK institutions to facilitate learning – and also by visiting other territories to see what works there.  This principle of learning is based on the simple idea that insights can come from examples near and far but importantly, we do need to go looking for them.

In May 2019, senior HE leaders will commence the 44th Top Management Programme which, amongst other things, will incorporate visits to UK Universities that are innovating in particular realms and this year will include an international assignment to Sydney, Australia.  On the global stage Australia is making waves in a number of areas. For example, over the last decade the number of students from lower socio-economic backgrounds entering Australian Universities has increased by 50%[1].  Meanwhile Australia overtook the UK last year as the world's second biggest destination for international students[2].  These two statistics alone offer illustrations where the Australian HE system is finding success, and as we all know achievements like these aren’t easily won.  At a greater level of granularity, we have institutions like University of Technology Sydney (UTS) who have experimented in a number of areas, whether it is in creating its Advanced Analytics Institute where vast data sets can be experienced and manipulated in a 3D virtual arena, or with regard to extensive research undertaken by Prof Shirley Alexander, Deputy Vice Chancellor, on how to prepare students for the gig economy, flexible working and other features of the changing future of work. The potential for learning and sharing ideas between institutions like this and the many Universities that TMP senior participants represent, is enormous.

It is Aldous Huxley in the Doors of Perception that said, “The person[3] who comes back through the door in the wall will never be quite the same as the person who went out.” And this couldn’t be truer for TMP participants.  Our door is the gateway to learning whether it is from the Australian HE system, or closer to home, or for that matter from the diverse range of experiences that senior leaders get from attending the Top Management Programme.  With over 60 Vice Chancellors having attended the TMP at some point in their careers, participants are in good company and they join an invaluable network that can collectively make sense of the challenges we face, and pool together the innovative solutions that will help us in the journey ahead.

Over 60 of the current UK Vice Chancellors/Principals are TMP alumni, with many of the other past participants of TMP holding some of the most senior posts throughout higher education.