Thirty-two higher education institutions from across Ireland celebrated their Athena Swan awards at the Atlantic Technological University (ATU) Mayo campus on 8 November at the first in-person ceremony since the Covid-19 pandemic began.

Fifteen Bronze awards were announced conferred in March including Bronze institutional awards for Carlow College, St Patrick’s and TU Dublin with 17 new awards announced in September including a departmental Silver award for the University of Galway School of Engineering.

The awards were handed out in ceremony hosted by Professor Yvonne Galligan, Chair of the Athena Swan Ireland National Committee.

Speakers at the event included Dr Orla Flynn, President of Atlantic Technological University who provided a welcome address and Director of Membership at Advance HE, Nick Skeet, who explained Advance HE activity in Ireland.

Dr Claire McGing shared her experience of successfully applying for a Bronze institutional award at Dún Laoghaire Institute of Art, Design and Technology (IADT) - the first HE institution in Ireland to be conferred an award on the new framework launched in 2021.

Dr Maeve Duffy and Professor Edward Jones shared their experience of successfully applying for a departmental Silver award in the School of Engineering at University of Galway – only the second Silver Athena Swan Ireland award. 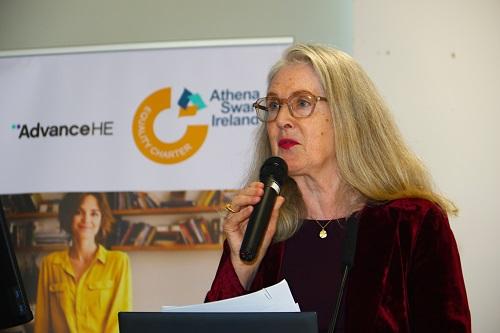 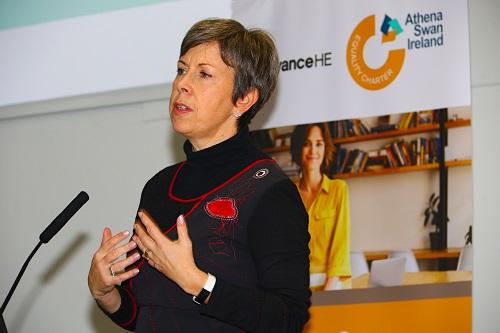 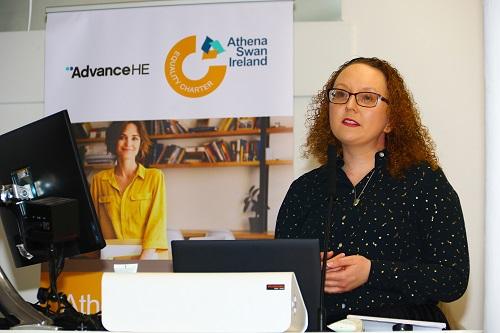 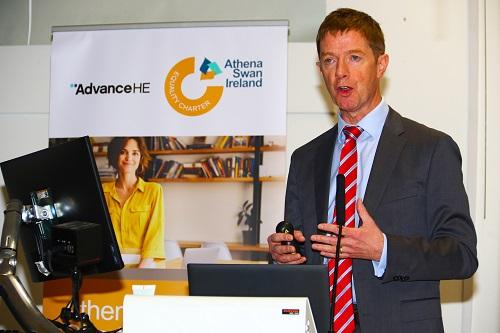 It is wonderful to celebrate these awards at ATU. It’s an opportunity to recognise the diverse range of good practice to progress equality in our higher education institutions.

“Achieving an Athena Swan Ireland award is a lot of work, and this ceremony highlights the dedication of staff and students from across the country.”

Sarah Fink, Head of Athena Swan Ireland at Advance HE 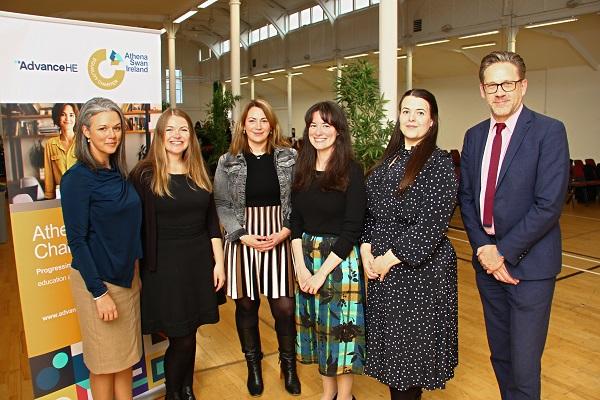 List of Athena Swan Ireland awards presented in the awards ceremony on 8 November 2022:

Thanks to @OFlynnATU for the welcome to @atu_mayo for @Athena_SWAN award ceremony today! Congrats to all awardees & to @maynoothUni colleagues in @MU_Business, @MUFacultyofArts receiving Bronze awards recognising work to advance gender equality for staff & students in Higher Ed pic.twitter.com/rqtTsn8w4I