“The devil has been in the detail, and for every aspect of the transformation it has been important to think through very carefully the way that it will be implemented, and what will be required to ensure that the changes have the positive impact that we all wish them to have." 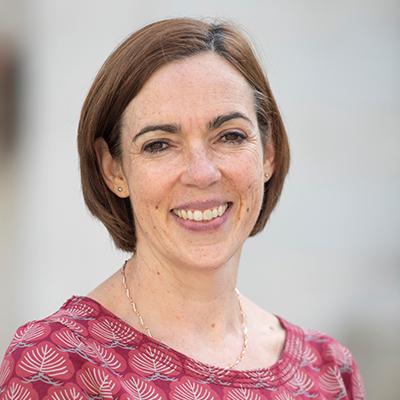 My first encounter with Athena Swan was many years ago, in 2007, when I was asked to lead one of the University of Nottingham’s first submissions for a silver award on behalf of the School of Mechanical, Materials and Manufacturing Engineering. Our submission was successful, and I continued to support others who led later, faculty-wide submissions. In this supporting role, first, as one of very few women Professors in Engineering at Nottingham from 2012, and then in my role as Pro-Vice Chancellor for Equality, Diversity and Inclusion (EDI) and People from 2018, I observed both the continued positive impact of Athena Swan, but also some of the unintended consequences as the Charter expanded to cover all disciplines, and the sector more generally moved in response to a higher profile consideration of EDI for students and staff – when our school received their first award in 2008, they were one of only 29 award-holders in the UK; there are now almost 900. It was from this perspective, therefore, that I welcomed the review of Athena Swan, and its recommendations, published in Spring 2020.

After the review publication, it became clear that there was some concern from within the sector around the extent to which the recommendations would be implemented. Therefore, when there was a call for members of the Athena Swan Governance Committee, I was very happy to put my name forward, both in my role as a PVC for EDI, and in my capacity as one of three co-chairs of the National Network for EDI academic and strategic leads (NEDIAL). I was delighted when firstly appointed to the committee, and then asked to take the role of Deputy Chair. Sadly, due to me moving on to take on a new role, I will be stepping down from the Committee in mid-July, but I am very pleased to have this opportunity to reflect on the experience of being a committee member, and the progress that has been made in supporting changes to Athena Swan.

There were three main themes in the review which have underpinned all the work that the Committee has guided. Firstly, there was a goal to change the paradigm from one of a prescriptive approach to submission, which could be perceived as ‘box ticking’, to one which enabled autonomy and flexibility on the part of the submitters. Secondly, the review and committee were keen to see a shift from the role of Advance HE as being judgmental, to a partnership-focussed model, where colleagues from Advance HE took a role of support and development. Finally, the goal of the implementation of the review was to reduce the burden of submission – as many had noted, it was clear that this burden often fell disproportionately on the very community that Athena Swan was intended to help.

When the committee began its work, we knew that the sector was impatient for change; some of us (including me) felt that impatience ourselves. But, as with many of these things, the devil has been in the detail, and for every aspect of the transformation it has been important to think through very carefully the way that it will be implemented, and what will be required to ensure that the changes have the positive impact that we all wish them to have. The recommendations have required changes to almost every aspect of Advance HE’s work to support Athena Swan, including the work of the local advisors to support those developing submissions, the paperwork which guides those writing submissions, and the panels who conduct the reviews. One of the areas where I am most pleased that we have achieved a step change is in the development of new, transparent and consistent panel criteria, which map onto the Bronze, Silver and Gold award levels. These criteria are accompanied by a clear scoring system, which we hope will improve the fairness and consistency of panel decision making.

As with other national groups such as this committee, whilst it has been a lot of work, it has been a real pleasure to work with my fellow committee members, and the colleagues from Advance HE. One of the really strong features of the committee, and the sub-groups which have informed specific topics for consideration, is the diversity of perspectives. As well as being based in different institutions, and holding a range of different protected characteristics, the group bring the perspective from a range of roles and experience of different parts of the Athena Swan process. Members’ experience includes writing submissions, handling data to support submissions, working from central EDI teams, or holding strategic leadership roles. This diversity has been reflected in very constructive discussion and debate – there have been some points on which we have all quickly agreed, and others which have required more detailed discussion and compromise. However, I am confident that we are a group that has demonstrated the principle that diversity of teams leads to effective decision making.

The committee has met nine times since its formation. I would not wish to estimate the hundreds of pages of paperwork that the astonishingly patient and hard-working team at Advance HE have prepared to help us navigate the complexities of the work at hand. The tone of the meetings has been extremely productive, and has yielded not least due to the wonderful balance of focus, humour and efficiency that our Chair, Parveen Yaqoob has delivered through her leadership.

We know that, despite the significant progress we have seen in the sector since the introduction of Athena Swan that there is still more to do. We still see a significant gender pay gap across the sector with a mean and median pay gap by gender for all university staff in 2018-19 of 16.1% and 13.7% respectively; we still see an under-representation of women, particularly women from minority ethnic backgrounds, in senior roles with Black, Asian and minority ethnic women making up just 2.3% of UK professors; and we still see many STEMM disciplines with less than 20% women represented in undergraduate courses.

At all times, the committee have kept our focus on the overall mission of Athena Swan – to support the advance of gender equality specifically, and equality, diversity and inclusion more generally. I hope that the work of the committee, its sub groups, colleagues at Advance HE, and of course, the members of the review panel, will yield the change the sector requires if we are to continue to shift some of the stubborn barriers that persist. One thing that has become clear is that the implementation of the review recommendations is only the beginning of the change – my colleagues on the committee will be continuing their work as we review the impact of the changes, and continue to improve the role of Athena Swan as a constructive and collaborative tool for transformative change. We will know when we have succeeded when there are no more mentions of Athena Swan as a ‘box ticking’ exercise, and that all involved feel and experience the value of the process of preparing, supporting and reviewing submissions, as part of a system-wide effort to continue the path towards gender equality. As I move on to observing Athena Swan from a new perspective, I look forward to seeing the changes make the difference we are all working so hard to achieve.

Professor Sarah Sharples is a Professor of Human Factors in the Department of Mechanical, Materials and Manufacturing Engineering and Pro-Vice Chancellor for Equality, Diversity and Inclusion at the University of Nottingham. She is on the Science Advisory Council for the Department for Transport and was appointed as a council member for the Engineering and Physical Sciences Research Council in early 2018. She works in the domains of transport, healthcare and manufacturing, and is a Chartered Ergonomist and Human Factors Specialist. Her main areas of interest and expertise are Human-Computer Interaction, cognitive ergonomics and development of quantitative and qualitative research methodologies for examination of interaction with innovative technologies in complex systems. She was President of the Chartered Institute of Ergonomics and Human Factors from 2015-2016.

Find out more about Advance HE developmental work to deliver a holistically transformed Charter since the independent review of Athena Swan was published in 2020.

Advance HE will launch the enhanced UK Charter at the end of June 2021.