Leveraging the institutional impact of Aurora at University College Cork

23 Apr 2020 | Mary Horgan Mary Horgan, Staff Wellbeing & Development Advisor at University College Cork and one of two Aurora Champions tells us about the recent, highly successful gathering of all their past participants of the Aurora programme - why they did it, how it went and what may come from it

Well before the birth of Aurora, we in UCC were working closely with the then Leadership Foundation for Higher Education. They delivered our senior leadership development programmes. I recall the then facilitator Ginnie Willis telling me about an exciting project she and the Foundation were working on to be called 'Aurora'.

Two things struck me - firstly the originality of the name (Roman Goddess of Dawn) and secondly the idea of bringing females, and not just academics, in the HE sector together from across the country in one room was novel, different and innovative.

Right from the beginning in 2013, UCC got involved and 6 academics travelled to the UK for the first cohort. Since then we have had an ever increasing number apply and annually 20 are selected to participate. It has resulted in the university now having over 125 alumni of the programme.

There is no denying the personal impact of participation on individuals.  Feedback such as 'from the moment I was accepted to participate in Aurora, it has been a positive experience' to 'this has made a big difference to my work in terms of my personal confidence & will pay dividends across the board' to 'I now have the confidence to consider applying for other positions' has been testament to that. 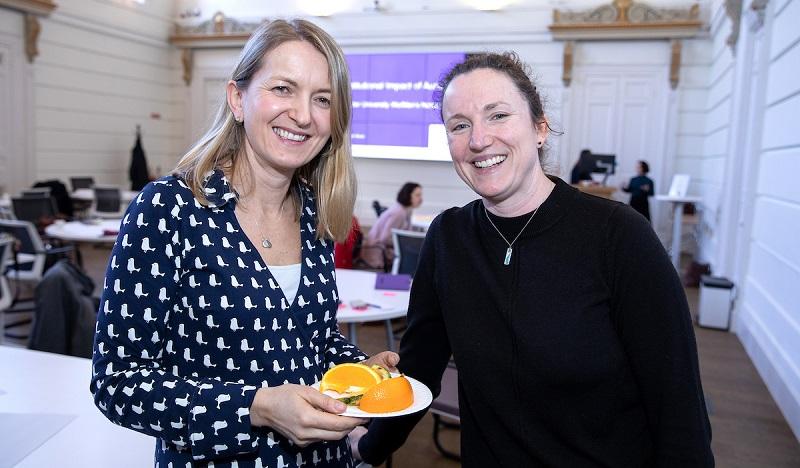 Combining this individual experience with research carried out by Advance HE, we wanted to look at how we at UCC might better leverage the institutional power and impact of Aurora. It was for this reason we invited all alumni together on 6th March 2020.

The date was important. It was just before International Women’s Day (8th March) and was the last day of UCC’s Equality Week which was to conclude that afternoon with the ‘President’s Athena SWAN Symposium’.  UCC’s Athena SWAN project officer, Ann King was in attendance for the morning, finding out more about Aurora and to ensure joined up thinking between Athena SWAN and our Aurora Alumni.

Working very closely with Abbie McKenna (formerly of Advance HE), an agenda was drafted. Abbie had some fantastic ideas having done something similar with Aurora alumni of another University.

The plan was quite simple. With Abbie facilitating the session, we wanted to get staff looking at and thinking about their learnings from Aurora, their personal accomplishments, challenges they faced and to consider the future focus and potential institutional impact.

We were incredibly fortunate to have Deborah Sloan from the University of Ulster travel down.  Deborah shared her very honestly her experiences (the highs and lows!) of establishing an Ulster University Women’s Network. Here they have established a supportive and collegiate space to inspire and enable women across their University to fulfil their potential. Without a doubt this provided considerable food for thought for those in the room. 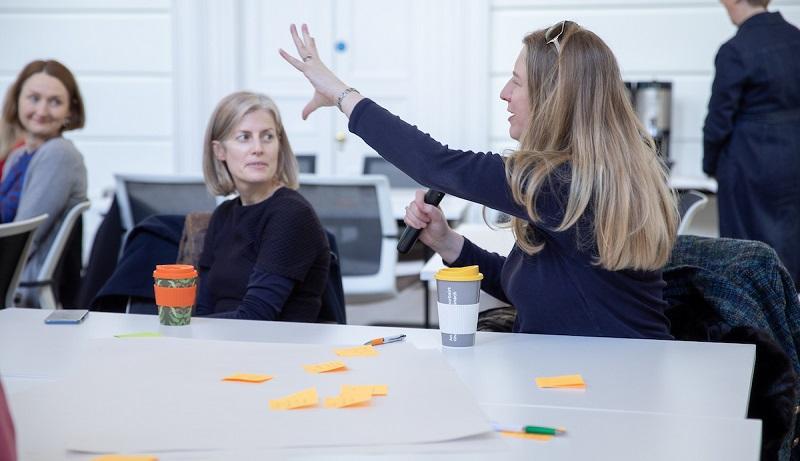 From the beginning that morning, the energy in the room was palpable. The break out groups generated such discussion and enthusiasm that at times it proved difficult to bring them all back together! Comments such as ‘I no longer sit at the end of the table’, ‘I stopped using the word ‘just’, ‘I am less likely to allow colleagues take credit for my work’ and ‘I learned to say NO’ were a gentle reminder to everybody of how much they had gained but at times these accomplishments needed to be nudged to resurface.

And it was not all positive. Realistic discussion around the challenges facing females in HE demonstrated clearly how much has yet to be achieved. With a culture of traditional hierarchy still in existence in areas, unconscious bias, lack of part time senior roles, entrenched attitudes by some being just a flavour of the issues still facing females.

Before we concluded, Siobhan Lucey (Department of Economics) & a participant in 2018/2019 presented to the group on behalf of a number of last year’s participants. This revolved around the establishment of a Women’s network in UCC. Having already met our President to discuss, work on that front is progressing steadily by them.

And so – where to next? This really is only the beginnings of leveraging the institutional impact of the programme in a more structured way. While the positivity, enthusiasm and energy experienced along with peers reunited and new networks being made was alone very beneficial, we will not be content to stop there!

All the findings, comments etc. generated that morning are being compiled and we will now be going back to the group and they will be identifying a number of projects. Having brought the group together, collectively they can be more effective in bringing about change.

This is probably the most important ‘take away’ for those involved. Instead of small cohorts of Aurora alumni throughout the university knowing each other, networking & working together, the entire group together can now create a strong voice for change.

Abbie closed the session with a quote from Vernon Howard encouraging us all to ‘always walk through life as if you have something new to learn & you will’. Those attending that morning agreed that while there was much more to learn about how we can leverage this institutional impact, the willingness and eagerness was certainly evident and going forward collectively they could achieve impactful institutional change.

Due to Covid-19 all Aurora events have been postponed until the autumn. Visit our website for more information on future delivery and the Aurora Champions Network.