A reflection on the Race Equality Charter self-assessment process

The University of East London (UEL) achieved a Bronze Race Equality Charter (REC) award in May 2019. This was the culmination of a two-year collaborative effort by staff across the institution and it was quite a journey. As Chair and Project Manager of this piece of work, we wanted to share some reflections on the process.

The Race Equality Charter Mark, managed by Advance HE, aims to support and encourage universities to work towards race equality. It provides a framework through which we as an institution can work to identify and reflect on barriers experienced by minority ethnic staff and students. The resulting submission and, most importantly, the action plan provided us a clear direction to progress race equality.

The process involved extensive consultation over the two-year period, in which we facilitated 19 events including UEL’s ’Inside the Ivory Tower’ book launch, presentations to our six Schools as well as Professional Service colleagues, REC training workshops and the final consultations on the action plan. Across all these events we engaged approximately 700 students and staff in discussions on race and progressing race equality at UEL. This was in addition to over 1000 student and staff survey responses. The self-assessment team and its various sub-groups met over 30 times.

Through this blog we will share reflections on the process including responses at consultation events. Reflections were broad-ranging from disinterest, apathy and lack of engagement to frustration and ‘we’ve seen this before and nothing ever changes'. Staff who were more aware of racism in higher education wanted assurance that this was not a ‘tick-box exercise’.

It is important to provide contextual information about the University of East London, so it can be understood why working towards race equality is so important. UEL is a Post-92 institution which has a diverse community of learners from approximately 125 countries. The majority of our students are Black and Minority Ethnic BME (67%) with many of them being first-generation university students. This is higher than the sector average which is approximately 24%. UEL also has a higher proportion of BME academic staff (35%) compared to the sector average (12%). When we started the REC work, our attainment gap was 26%. Although we have reduced that percentage by 3%, there is still so much more work to be done.

One of the most prominent learning points was around building confidence and space to discuss issues of race and racism, both from the perspective of those who experience racism and those that do not. Discussions highlighted the problematic nature of terms such as race, ethnicity, BME and issues of identity, nationality, geography, migration, racialisation arising from a legacy of European colonialism as well as with the charter itself. For example, what is understood by 'minority' and minoritisation in comparison to the ‘global majority’. Some students/staff from countries where they are not the minority encountered being a minority/minoritisation when they arrived in Europe. Some individuals understood racism to be an individual experience rather than a structural force which led to some claims of ‘reverse racism’. Often, people thought about racism too simplistically. While individual incidents of racism in the academy are very real and tend to be the lived experience of many BME people, we wanted to get across that the pervasive structural nature of racism combined with everyday microaggression means that it is much bigger than individual unpleasant incidents. 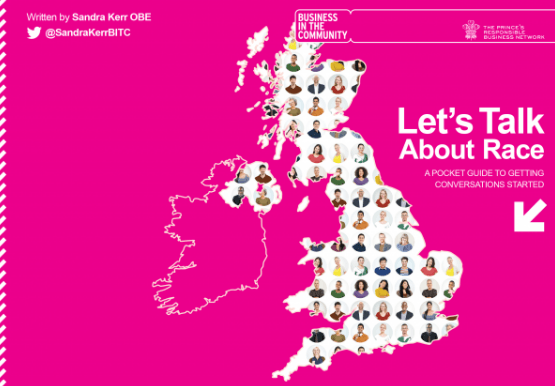 Another key point of discussion was the data, particularly in relation to the student attainment, or awarding, gap. Questions posed in response to the data were extensive and sometimes helpful, but more often than not, there was a strong denial or disagreement or a direct attempt to divert or even obstruct productive discussion. Examples included requesting greater detail or focus on somewhat irrelevant details such as ‘not known’ responses. The most frequent questions were about ‘is this about class and entry qualifications?' Or ‘what about the white working class?' While of course these are important considerations, they often distracted from the focus of this work which is race and racism, including evidence of the attainment gap even when controlling for all these factors.

Many were shocked by the data. Among some, there was disbelief that because UEL is 67% BME students, the university is doing fine because it is very racially diverse. People were not thinking about the unequal outcomes in relation to attainment, progression, retention and employability. 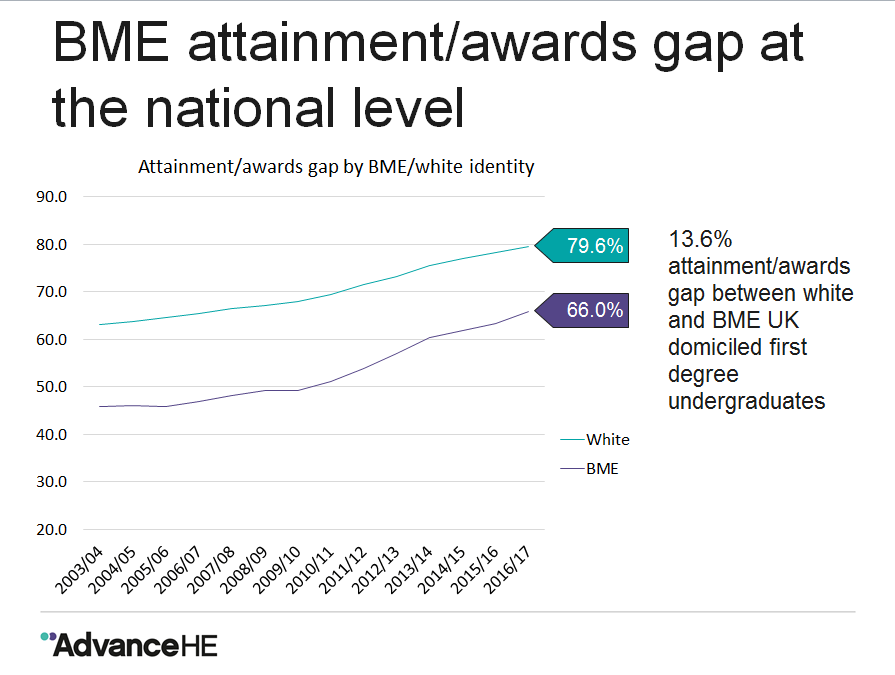 However, throughout the two-year process, real engagement gradually increased as did discussions of the issues and lived experiences. It was the voices of staff and students sharing their lived experiences that were most powerful. One particular experience was very telling. Last year, the Student Union organised its first EDI conference. During a presentation, the students were asked if they were aware of the attainment gap? Only three students raised their hand, but one Black student stated that she did not know about the attainment gap but she ‘felt it’. Her words were very telling and consistent with the experience that many BME students and staff report having in the academy. 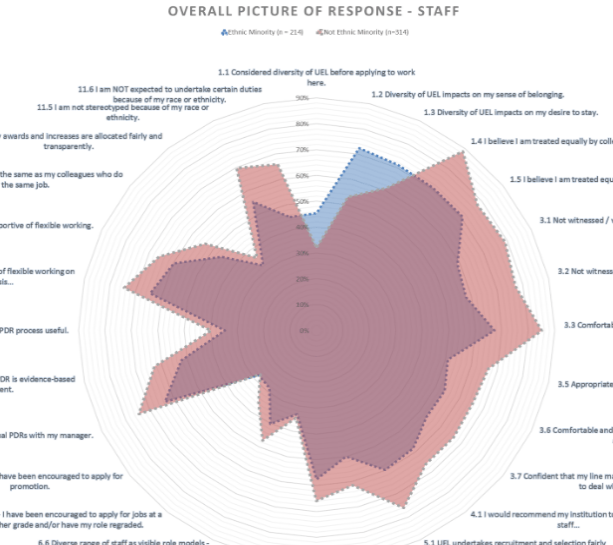 One of the most striking issues was contrasting the everyday experiences of racial inequality with UEL’s proud heritage as the people’s university with ‘Equality, diversity and inclusion are in our DNA.'  (UEL Corporate Plan 2015-2020).  For some, this resulted in a denial that structural racism exists. There was a 'not at UEL’ response.

Through our journey, we were reminded of the work of Sara Ahmed’s reflections on diversity work:

"Diversity work is messy, even dirty, work. Diversity work too generates sweaty concepts, concepts that come out of the effort to transform institutions that are often not as behind that transformation as they appear to be."

From others there has been a recognition of the honest self-reflection needed in order to progress. Furthermore, where previous efforts resulted in a focus on the individual through a deficit approach, we were able to shift this towards a focus on the institution, highlighting the 'danger  of  a  single  story' (Adichie, 2009) and  the  need  to  challenge and disrupt  dominant narratives with  stories  that  need  to  be  told.

The Race Equality Charter is about improving the representation, progression and success of minority ethnic staff and students within higher education. Discover more about the Charter.

Find out more about Advance HE's Leading Race Equality in HE and Challenging Privilege and the Danger of the Single Story events.