The Education Revolution: How Online Learning Will Solve the Future of Higher Education

29 Jun 2018 | Shai Reshef We could be living in a world where education is not a privilege for the few, but a right for all. A more educated world would mean a more economically developed world, a more peaceful world, and a better world for our children and our children’s children.

We could be living in a world where education is not a privilege for the few, but a right for all. A more educated world would mean a more economically developed world, a more peaceful world, and a better world for our children and our children’s children.

In 2009 I founded University of the People. It was the world’s first non-profit, tuition-free accredited online university. After having established the first online university outside of the U.S through a partnership with the University of Liverpool, I saw first-hand how powerful and revolutionary online learning could be. Simply put, online learning has the potential to change the world.

Online learning is positively liberating for the millions of people who cannot possibly hold down studying for an academic degree while working at the same time in order to survive. UNESCO estimates that by 2025, there will be nearly 100 million young people seeking seats in universities that don’t exist. UoPeople is an essential part of avoiding such a tragic missed opportunity for would-be students.

Online education alleviates the prohibitive constraints of available seats and high costs in traditional higher education settings.  Indeed, it is the most effective solution for addressing global issues of accessibility and affordability of higher education – even for the most constrained individuals around the world for whom the idea of higher education may seem far out of reach. Through correct crafting of the learning environment and study materials, the personal attention, classroom cohesion, and academic quality available at high quality traditional institutions can be maintained in the online model.

While the online model may not be for everyone, its obvious benefits with regard to affordability and accessibility cannot be denied. As such, it does not serve to replace physical schools but to supplement them at a much reduced cost to satisfy the need for an increasingly educated society.

From the very beginning, UoPeople was intended to be a university for the people and by the people. Using open-source technology, Open Educational Resources, peer-to-peer learning and the assistance of thousands of volunteers worldwide, at UoPeople we designed a global university to open the gates to university studies for all qualified high school graduates, despite financial, geographic, societal or personal constraints.

Included among the student body is an impressive array of survivors who have faced or are currently facing serious challenges and obstacles to their academic pursuits. These include, among others, survivors of the Rwandan genocide, survivors of the earthquakes in Nepal and Haiti, survivors of the tsunamis in South East Asia, over 1,000 refugees from around the world who have escaped various conflicts or disasters, students who were/are homeless, students who are trying to overcome abject poverty, women students in various countries where studying at a university is not part of the cultural norm, and of course, thousands of students merely digging their way out of the burden of student loan debt. For many, UoPeople offers an alternative when no other alternative may exist.

Vice-Chancellor Emeritus of Oxford University Professor Sir Colin Lucas, a UoPeople President’s Council member and head of its Emergency Refugees Initiative, says: “The key to change is education. Possessing a degree will not only impact on the personal circumstances of refugee students, their families and communities. It will also hold significant value for the future economic and social development of refugees’ host countries.”

This initiative has received growing support from a number of foundations, including The Gates Foundation, Ford Foundation, Carnegie Corporation, Hewlett Foundation, Fondation Hoffmann, and companies such as HP, Google, Microsoft, Intel, Western Union, Estee Lauder, Deloitte, Pfizer and many more, which is crucial to the university having become financially sustainable. UoPeople also has academic partnerships with Yale ISP Law School for research; New York University (NYU), University of California Berkeley and the University of Edinburgh to accept students.

The hardships that many of UoPeople’s students have experienced in their path toward higher education cannot be reversed; their futures, however, can be transformed. The key to change is education. The student body has doubled itself every year for the last few years and as such, its need for support is growing accordingly. Consider being part of this revolution by helping it happen. 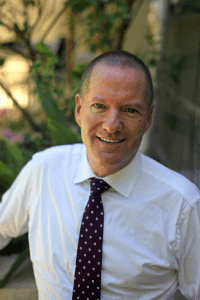