Please note this event has been postponed. However you can find out more information on Talking Points 2 - Governance to achieve the successful delivery of strategy - The 3Ms: Monitor, Measure and Metrics taking place on 26 March 2020.

Talking Points 2 will provide an opportunity to explore the realities and best practice of monitoring and measuring the outcomes and implementation of your university's strategy.

The event will be chaired by Aaron Porter, Associate Director Governance, Advance HE and led by Alison Allden who is the current chair of the University of Northumbria Board’s Strategic Performance Committee and was previously the CEO of the Higher Statistics Agency.

Find out more about Talking Points 2

For Governors, Chairs, Clerks and Secretaries

Advance HE is delighted to announce our first-ever Governance Talking Points event will be on: Internationalisation - risks, opportunities and considerations for governors.

Building on our successful Governance Round Table series, our new Talking Points sessions will allow for an in-depth discussion and an opportunity to consider and debate a contemporary topical relevant to HE governors. 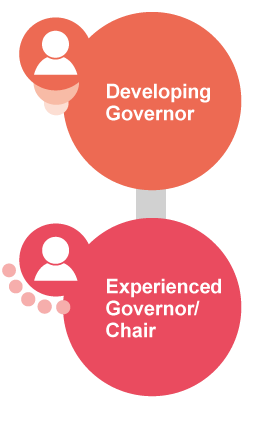 Our first Talking Points event of the year will take place on Tuesday 10 December 2019 and will be based around the contemporary considerations on internationalisation for governing bodies and will be led by global higher education specialist Vincenzo Raimo and Aaron Porter, Associate Director Governance, Advance HE.

The evening will be conducted under ‘Chatham House’ rules and will take place between 16.00 – 18.30 in a central London location.

Vincenzo will give a keynote speech before attendees break out into smaller table discussions, giving governors the opportunity to share the approach of their current governing body to internationalisation and consider the strengths and weaknesses of that approach. There will be plenty of opportunities to debate, reflect and feedback from discussions before a short summary of the main discussion points of the evening.

Vincenzo Raimo is a global higher education specialist who has held senior roles at the universities of Nottingham (International Director) and Reading (Pro-Vice Chancellor for Global Engagement).  He is a leading expert on the role of agents in international student recruitment and in transnational education. He has been an invited speaker and trainer for international education associations in South Korea, Germany, the USA and the UK and a visiting lecturer in The Internationalisation of Higher Education at Kumamoto University, Japan.  He has acted as an external adviser and consultant to numerous universities and Government departments in the UK, Italy and Ireland on international appointments, internationalisation strategies and TNE.  He was, until recently, Chair of the UCAS International Advisory Group and the UKCISA nominee on the UCAS Council. He has just been appointed Chief Relationship Officer for Unilodgers, the world’s largest online marketplace for student housing. He retains his academic associations through a Visiting Fellowship at the University of Reading and as adjunct Professor of Global Higher Education at the Nanjing University of Information Science and Technology.

Aaron Porter is the associate director (governance) for Advance HE leading on engagement with governing bodies and governance across the UK, including leading reviews of board effectiveness. He has worked with over 75 universities both in the UK and overseas, as well as projects for national governments focused on higher education. Working within a portfolio of roles including as director of insights for the Hotcourses Group and as an external adviser to Civitas Learning.  He is a member of the governing council at Goldsmiths, University of London and is chair of the Board of Governance at Nelson College a specialist higher education college in East London.

He was previously president of the National Union of Students in 2010-11, during the high profile debate on tuition fees, appearing extensively in the media including BBC Question Time, Newsnight and the Politics Show. He also co-chaired the Beer/Porter Student Charter group which reported to the higher education minister David Willetts in January 2011, and was a member of the Higher Education Funding Council for England Online Learning Taskforce and the review of External Examiners chaired by Dame Janet Finch both conducted in 2010-2011.

Outside of higher education he is a school governor in South London, a member of the education committee for the General Chiropractic Council, the members panel for the National Employment and Savings Trust and a fellow of the Royal Society of the Arts. He is also a qualified football referee and a keen follower of cricket.  In 2014, he was awarded an Honorary Doctorate by the University of Leicester in recognition of his contribution to higher education and the student experience.

We also have two other Talking Point events this year:

If you would like to find out more about our other governance events, please visit our Governance Development Programme page.