Black Intellectual Capital: Towards a 'pedagogy of hope'

I think, therefore I am."

Ubuntu [I am because we are]"

Dr Karen Salt speaking at the Decolonise UoK conference 2019 that saw the launch of the student manifesto and the development of the BAME/Staff of Colour Network and Kaleidoscope Network.

One of the essential and often overlooked aspects of promoting race equality and redressing structural inequalities in contemporary higher education institutions (HEIs), is the appreciation of what I call, ‘black intellectual capital’ as a pedagogy of hope, which can be promoted through an Inspirational Speaker Program. This is a practical strategy that departs from the individualistic conception of knowledge proposed by Descartes and embraces a collaborative worldview that acknowledges knowledge as contingent upon relationship with other cultures and knowledge systems.

Black intellectual capital refers to the acquired social and human capital, as well as tacit and explicit knowledge of structural capital possessed by black people.

I use the term ‘black’ in a similar way to Nirmal Punwar (Punwar 2004), with reference to those people who are associated with the African and South Asian diaspora.

My analysis of structural racism in the Academy has raised questions about the impact of the legacy of colonialism on the culture, practices, processes and policies in HEIs. Race and its intersections shape the daily experiences of black, Asian and minority ethnic (BAME) staff and students in the Academy thus promoting inequalities in outcomes and experiences. For example, the attainment gap, variances in experiences and subsequent sub-optimal levels of engagement. I notice that in spite of these inequalities, conversations around race and its interlocking systems of inequality are often spoken about in hushed tones and approached with trepidation for fear of upsetting people.

Contesting this, students and staff are now enquiring, ‘Why is my professor still not black?’ and ‘Why is my curriculum white’ through campaigns such as ‘#RhodesMustFall’ and ‘I too am…’ (Morgan 2016; Coleman 2015; Yancy 2017). In the changing landscape of HE, these actions have motivated some institutions to evidence their commitment to equality, diversity and inclusivity in meeting the legal objectives of the Equality Act 2010 by applying for the Race Equality Charter. The Charter requires institutions to acknowledge the significance of racial inequalities and undertake a comprehensive self-assessment with a view of improving the representation, progression and success of their BAME staff and students. 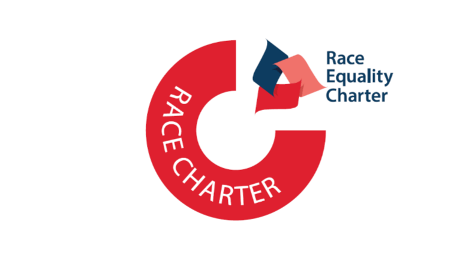 I conceived, designed and developed the Inspirational Speaker Program primarily to celebrate the successes of black academics and professionals, because I noticed the severe lack of cultural references in the curriculum. I was also aware of the importance of showcasing positive BAME role models to staff and students alike.

Operationalising black intellectual capital as a pedagogy of hope presented an opportunity to draw on the knowledge, skills and expertise of colleagues across the sector to share their experiences and strategies that they employed to navigate institutional structures in achieving success.

It also presented an opportunity to normalise black success in the Academy and enable students and staff to see positive representations of success in their own likeness. As Dr Donald Palmer states, “You can’t be it if you can’t see it.”

The Program entails workshops, seminars, lectures and informal conversations, delivered exclusively by black academics and professionals in a capacity of interlocutors. In 2017-18, only 0.6% of the 20, 940 professors in UK HEIs were black; just 27 of this cohort are female. I also noticed that I had not seen a black professor until the final stages of my Master’s degree. For students and staff, this absence often promotes feelings similar to that of a space invader (Punwar 2004), a familiar stranger (Hall 2017), an outsider within (Hill Collins 1986), or simply just being out of place (Said 1999). Ultimately, this promotes what I have called an ‘insider without syndrome’ – a state of double consciousness that results from battle fatigue caused by perpetual microaggressions (Thomas 2020, forthcoming).

October 2016 signalled the start of the Inspirational Speaker Program, where Professor Robbie Shilliam presented a lecture entitled “The aims and methods of a Neo-liberal education”. Since then, black intellectual capital has been used to promote cultural competence in a continuous conversation around race and belonging across the university by welcoming esteemed black academics and professionals as part of the Program.

I also celebrate Professor Toni Williams and Professor Paul Phillips who implicitly contributed to the Inspirational Speaker Program. Subsequently, the University of Kent has conferred honorary degrees on Lemn Sissay and Anne Marie Imafidon who presented lectures as part of the Inspirational Speaker Program. Numerous students and staff have explicitly reported that they have benefited from the sessions by gaining insight into the ‘unwritten rules of the game’.

Today, the use of black intellectual capital has permeated the culture of the University as a ‘pedagogy of hope’.

When you crush hierarchy, and replace it with network, then the cultures held in the different languages generate oxygen. They cross-fertilize… Every culture should be taught with a nod to other cultures.”

Advance HE can help you develop a clearer picture of where your institution stands and help raise the profile of equality issues with your staff with an Equality Audit.

During 2019-20 we're running a series of workshops focused on equality, diversity and inclusivity topics to support practitioners, managers and leaders within HE institutions across the UK. Find out more and book now.