On course for success? Student retention in higher education

17 Nov 2020 | Aveek Bhattacharya In advance of our Exceptional Student Retention webinar, Aveek Bhattacharya, Chief Economist at the Social Market Foundation, calls attention to structural disadvantage, and the role of Government and HEIs in addressing the serious challenge of student non-continuation.

The expansion of higher education (HE) is one of the great social achievements of recent decades, bringing previously unachievable opportunities within the reach of hundreds of thousands of students from ‘non-traditional’ backgrounds. But just getting people into university or college is not enough: for them and the country to get the best of their HE experience, they must reach the end of the course and graduate. Dropping out doubles a student’s risk of unemployment, and substantially increases their chances of being in a less skilled job. Despite the importance of retention, progress on this issue has been mixed.

Worse still, it is largely the disadvantaged groups that have benefited from widening access that are most likely to drop out. Institutions with more Black students, more students with parents from lower occupational classes, more students from areas of low participation and more students with lower prior attainment tend to have higher non-continuation rates.

That suggests some providers are at a structural disadvantage when it comes to retention, based on their student intake. However, our findings offer grounds to resist fatalism. Controlling for a variety of student characteristics, higher levels of student satisfaction are associated with lower drop-out rates, indicating that institutional factors also have some influence, and thus that universities and colleges may be able to take steps to reduce non-continuation.

What causes students to drop out? The literature focuses on three factors. First, students’ sense of belonging: the extent to which they believe there is a good fit between their aims and identity and their higher education experience. Second, their level of engagement: how much time, effort and energy they put into their studies and wider aspects of university/college life. Third, financial constraints, which may have a direct effect on the perceived affordability of HE, but may also indirectly weaken belonging and engagement (for example, if a student has to spend a lot of time in paid work rather than on campus).

For all three factors, the Covid-19 crisis is likely to have made things worse. Creating a sense of belonging is much more difficult when students are remote or physically distanced from their peers, tutors and institution. Engagement may be harder to foster when operating online. Financial pressures will be exacerbated by the economic downturn.

Those pressures might be offset by other features of the crisis – in particular, the lack of attractive alternative options given the state of the job market – but now, more than ever, government and institutions must take the retention challenge seriously. For the longer term, we at SMF have suggested a number of possible changes to policy, including an explicit target to improve retention of Black students, mayoral taskforces (especially in London where drop-out rates are especially high) and an ‘Innovation Challenge Fund’ to identify and spread the best ideas.

In the meantime, though, the onus is on institutions, who may be able to help their students by using data analytics to better identify those that may be struggling, developing and offering more and different ways of engaging in academic and social life, making hardship funds accessible and providing opportunities for student employment. None of this is likely to be easy at a time when academic staff are thinly stretched and resources highly constrained. But by giving the problem the attention it deserves, experimenting, sharing experiences and spreading ‘quick wins’ and good practice, HE and its stakeholders can do better by students and ensure more of them stay the course.

Aveek Bhattacharya is Chief Economist at the Social Market Foundation, an independent non-partisan think tank. He is also studying for a PhD in Social Policy at the London School of Economics and Political Science, comparing education policy in England and Scotland. 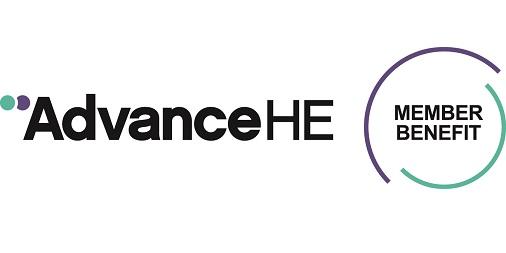 Throughout November, our Connect Benefit Series focuses on the theme of ‘Exceptional student retention’. As part of the series, we will host a webinar on 26 November entitled ‘How to support and retain the Covid-19 generation in higher education’. The webinar is free to all colleagues at Advance HE member institutions.

All outputs of November’s Exceptional student retention theme, along with related resources and services can be found here.