28 Feb 2020 | Dr Gurnam Singh Dr Gurnam Singh reflects on winning his National Teaching Fellowship (NTF) award in 2009, and the opportunity it gave him to ‘push the boundaries’ of teaching excellence.

It was, Dr Singh says, colleagues who inspired him to develop his own teaching practice and ultimately apply for a National Teaching Fellowship.

“The journey begins with an inspirational colleague, the late Dr Ann Davidson, who had won an NTF in 2002. Anne had an active interest in virtual learning environments and how web-based learning could be used most effectively in health-related education. This work aligned with my own interests in innovative and creative pedagogy and anti-racist practice in education.

“After becoming a Principal Teaching Fellow at the Centre for Higher Education at Coventry University, I had the opportunity to work with some very inspirational people, such as Professor Ray Land, whose work on threshold concepts and critical thinking was internationally regarded.”

“Two more names who definitely inspired my work as an NTF, especially in relation to the BME Attainment Gap, namely, Professor Glynis Cousin and Jane Berry, both of whom were working for the Higher Education Academy and had engaged me as a consultant to the ground breaking work they were leading.

"From being seen as a specialist interest area, the issue of the BME attainment gap and disparities in degree awarding has become a significant sector wide issue."

He says that it was the late Professor Joyce Cannan that really gave his career a boost.

“She became aware of my interest in Critical Pedagogy and Higher Education and through her I was able to secure a small grant to develop a series of podcasts that communicated the exciting work around Critical and Creative Pedagogy at the time. Podcasts were innovative in education back then and these podcasts ‘went viral’ and had a wide impact throughout the sector.

“Off the back of this impactful work, I was encouraged to apply for a National Teaching Fellowship and was awarded one in 2009.”

Dr Singh notes that winning his NTF award removed the imposter syndrome he had felt while working in a university.

“For me, the feeling was akin to being awarded my PhD, the sense of becoming something I never dreamed I would be. This was perhaps even more significant since I had come from a poor working-class background with an ongoing sense of being an imposter in a university. However, winning the award did give me a great boost in confidence as it validated my practice and signified recognition as a respected colleague from my peers.

“Becoming an NTF also meant the feeling of becoming part of ‘the tribe’ and of joining a group of colleagues committed to breaking the mould in teaching and learning, and of joining a community of peers who shared my passion that any student, given the right environment, could attain wonderful things and that education could be an emancipatory experience for them." 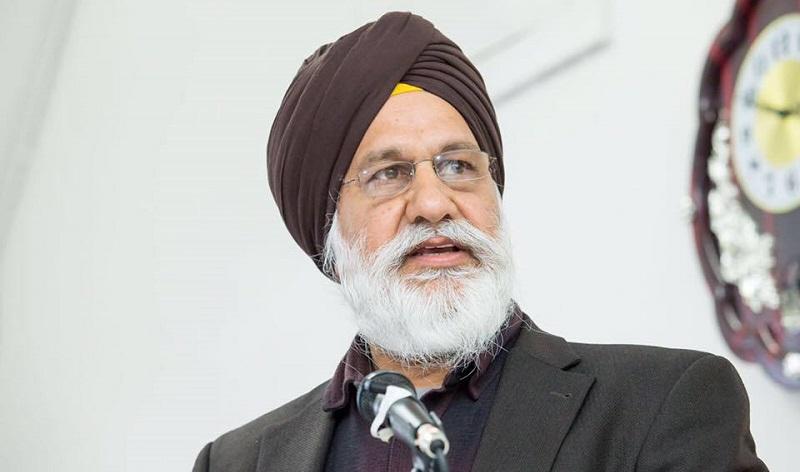 He says that the award legitimised being a ‘disruptor’ particularly in the challenging areas of Critical Pedagogy and Anti-Racist practice that he works with, in an environment where change at institutional level could be slow.

“The right senior management was vital. My experience was that if a senior manager was an NTF themselves, or had an appreciation for the tendency of NTFs to ‘ruffle feathers’ within their institutions, they could be very supportive of the challenge that NTFs brought.

“But if they were not, there could be a tendency to keep NTFs out of the way and I felt they were considered too ‘troublesome’ in a sector where change tended to be very slow.

“The higher education sector has been historically slow to acknowledge and react to issues of equality, diversity and inclusion due to two key blind spots: first is the academy’s image of itself as scientific and objective, and second that, even as the student body has diversified, the senior faculty has remained White Anglo-Saxon and that has proved resistant to change.

“Despite this, being an NTF gave me an influence at a certain point and access to influential teaching and learning committees, conferences. Importantly, it allowed me to operate within mainstream institutional spaces and to forward my practice within these spaces. The award conferred a certain protection and authority to challenge and push the boundaries, and to benefit from the respect and cultural and symbolic capital that the award offered.”

The award has also given Dr Singh the chance to widen equality, diversity and inclusion debates into the sector as a whole.

“At Coventry, I led the development of the Diversity Champion Scheme which helped to widen this debate into STEM in order to ensure the conversation was institution-wide. The key concerns of anti-racist practice and Critical Pedagogy, like the degree attainment gap and decolonising the curriculum, have since moved from being marginal issues into mainstream concerns.

“The opportunities that opened up to me after winning the NTF were, I believe, factors that facilitated my contribution to what I believe is a paradigm shift in the way the sector views students’ attainment and success.”

Dr Singh reflects on his memories of being awarded his NTF and the how this prompted him to consider the potential of the award to influence equality, diversity and inclusion in the sector:

“I remember being at the grand award ceremony in the grand surroundings of the London Guild Hall, which all seemed rather alien to me. What struck me the most was that I was the only person from an ethnic minority background present in what was essentially a privileged white environment.

“I remember reflecting that becoming a National Teaching Fellow was a way of entering one of the networks in UK higher education that produced future leaders, but that, if the scheme continued to reproduce privilege, it could inadvertently work against equality, diversity and inclusion in the sector. This made me even more determined to use my status to fight for equity.

“As a Social Scientist, I have observed the impact of these paradigm shifts at an institutional level, but also at the level of the individual student. This kind of individual, qualitative data affirms the impact of Anti-Racist practice and Critical Pedagogy to be transformative for students.

"In this sense, I have always been keen to encourage fellow academics to see their own power and to challenge the Darwinian version of student capability that had predominated in higher education - and is underpinned with a gendered and racialised view of the world - and move toward a position of students’ individual potential to achieve amazing things. This allows the sector to exchange the deficit model of learning for one of empowerment." 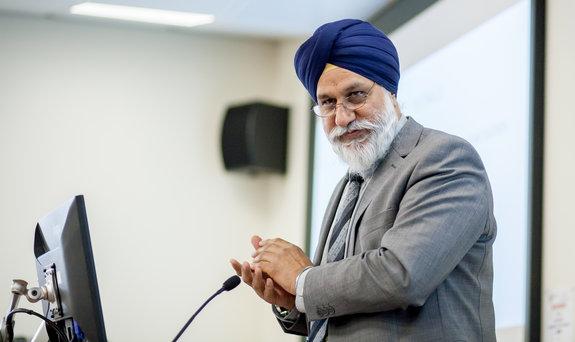 Dr Singh believes that a creative and caring pedagogy is vital in teaching as traditional methods can turn students off from learning.

“For me a good analogy for an excellent teacher is a good juice making machine, one able to extract every drop of learning from an experience and every drop of potential from a student.

"Key is ensuring that individual students recognise their full potential, and this can only really be possible through dialogical pedagogies in contrast to the traditional didactic approaches. At best, these have limited impact and at worst can actually alienate students from the learning process.

“Students from ethnic minority and other non-traditional backgrounds experience frequent macroaggressions, and part of teaching excellence, in my view, is a lecturer’s ability to engage with them in a way that is constantly affirming and meets the students were they are regardless of how they are presenting.

Teaching excellence, he says, is therefore about creating an environment for all students to reach their potential, regardless of background.

“Teaching excellence is about creating the conditions for student success. In the modern world, knowledge is more accessible than ever before and has, to an extent, undergone a democratisation with the internet and other technologies. In this landscape, with information so readily accessible, those involved in teaching and learning may question what their role is and how they pursue teaching excellence under such conditions.

“I would answer that their role is one of unlocking the potential of their learners and facilitating them to think in new ways in order to navigate the world of accessible knowledge. In this sense, teaching excellence is all about relationships and it is crucial that, even with the possibilities it has to offer, that we do not consider technology a panacea and retain the human factor.”

Institutions are there for students

Dr Singh says that new NTFs with innovative ideas must be aware of people’s adversity to change, and seek to address these fears at a pace comfortable for those above them.

“New NTFs who are advocating for truly innovative changes to teaching and learning practice within their institution should appreciate that this work inevitably builds resistance. I advise that they anticipate and understand the fears that people have and move to address them at the pace of those that they are trying to influence. It is important that winners are aware that innovation is not value-neutral and are sensitive to the political context that they are operating within.

“Finally, I would encourage new NTFs to remember that universities exist for students and staff and that they should remain the primary concern when it comes to designing innovative teaching and learning.

Applications for a National Teaching Fellowship 2020 closed on Wednesday 18 March 2020.

Gurnam Singh is Research Associate at the Centre for Global Learning, Education and Attainment (GLEA) and Associate Professor of Social Work at Coventry University, He is also lead for Postgraduate Research Students within the faculty of Health and Life Sciences at Coventry University. Additionally, he is Visiting Professor of Social Work at the University of Chester and Visiting Fellow in Race and Education at the University of Arts, London.

Find out more about Advance HE Fellowship.