The intersection of LGBTQ identities and mental health

There is significant evidence that LGBT individuals are at a higher risk of experiencing poor mental health during their lifetimes. However, without recognising the diversity and multiple identities within LGBTQ communities, the existence of discrimination within LGBTQ spaces and the specific challenges faced by groups under this umbrella, we cannot effectively deal with the LGBTQ mental health epidemic.

We know from the 2018 Stonewall Report that despite the strides we have made towards LGBT equality in recent years, many LGBT people still face significant barriers to leading healthy, happy and fulfilling lives in Britain today. The statistics make for some staggering reading, including:

Within higher education, the links between LGBTQ identities and LGBTQ mental health are often quoted, but with little or no reference as to why there is such a link; neither are there suggested individual or institutional actions to address these inequalities.

In a model first proposed by Meyer[1] in 2003, the concept of Minority Stress was established, in an attempt to explain the relationship between minority identities and mental health, and in particular LGBTQ mental health.

Building on my personal experiences as a gay man who has experienced periods of poor mental health and mental illness, I was interested to examine the principles of Meyer, through my own experiences of identity and wellness. There can be no doubt that the minority stresses that Meyer describes are familiar.

All LGBTQ people will be familiar with the concepts of concealing their identity, the stresses of ‘coming out’ and many will have faced discrimination in either the workplace or in accessing businesses or services. With nearly 55 homophobic hate crimes occurring every week in London there is compelling evidence that specific stressors for LGBTQ people exist, which will inevitably have an effect on their mental wellbeing. Certainly, none of this came as a huge surprise to me personally.

Meyer proposes that community and social support can have a positive effect on LGBTQ mental health. This stands to reason that those that share an identity would surely find support in areas that were created or intended to support LGBTQ people. This, however, is not a lived reality for many groups or individuals.

Many LGBTQ spaces are inaccessible, either physically, or through prevailing attitudes about the place of disabled people within LGBTQ spaces. Evidence suggests that both subtle and overt racism, so called ‘Rainbow racism’, exists within LGBTQ spaces; most LGBTQ spaces, particularly in the commercial gay scene are owned, run and utilised by cis-gender, gay and bisexual men, rarely acknowledging space for gay, bisexual or trans women. Following the Government’s consultation on reform of the Gender Recognition Act, in the last year there has been a significant increase in attacks on Trans people, both online and in public, and LGBTQ spaces have not been immune. 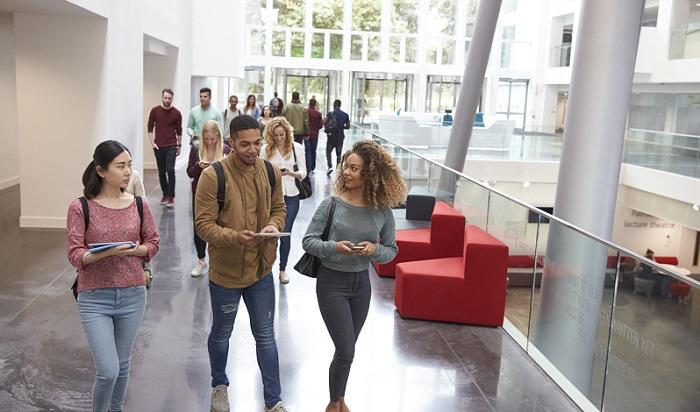 Following the 2019 Manchester Pride festival, an event that many presume would be inclusive and a celebration of diversity, there was significant criticism of a lack of inclusion, including inaccessible elements of the event, racial profiling during ‘routine’ searches at the focal events and venues within the City’s ‘Gay Village’ and a pricing structure that will have excluded many LGBTQ people.

Like many who identify with an LGBTQ identity, I had already framed myself as a member of a minority group, and as such recognise many of the minority stressors that potentially could have an impact on mental health. It is imperative, however, that we recognise that the term LGBTQ is an extensive umbrella, not just in itself, but in that members of this overarching group will also have multiple identities.

As a cis-gender, white gay man, I am have been compelled to recognise that I have a significant privilege within LGBTQ spaces. As part of the majority identity within these spaces, we have a specific responsibility to call out all forms of discrimination. We have to call out racism against LGBTQ people of colour, challenge misogyny, biphobia and transphobia wherever it occurs and challenge LGBTQ spaces to be more inclusive of all people, irrespective of background, faith or ability.

Institutions need to increasingly diversify their approach to LGBTQ (in)equality and recognise that the term LGBTQ is heterogeneous, complex and includes multiple and intersecting identities.

By presenting LGBTQ people through a single lens, not recognising the diversity within communities, institutions cannot fully comprehend the particular challenges faced by members of this diverse community, their specific needs and the potential influence on wellbeing.

Through ensuring honest conversations about the link generally between LGBTQ identities and mental health, but more specifically recognising the specific challenges faced by individual and multiple identities, organisations are better placed to support staff and students, and to implement actions to address the LGBTQ mental health epidemic.

The Advance HE EDI conference programme calls for courageous conversations. Those of us with majority privilege, even within a minority identity, need to take responsibility, challenge the status quo, speak out about our own experiences and be effective allies to those with whom we share a community.

Who is ready to join me in a courageous conversation?

Stuart leads the E&D function at Manchester Metropolitan University. His career in EDI spans 15 years, with the last seven year in HE. During his time at Manchester Met, the University has seen significant progress in the Stonewall Index, a Gold BDF Disability Standard, and Disability Confident Leader status.