26 Apr 2019 | Advance HE The Department for Education (DfE) has published the graduate labour market statistics (GLMS) for 2018. The devolved nature of HE policy means that these statistics only include individuals domiciled in England.

The Department for Education (DfE) has published the graduate labour market statistics (GLMS) for 2018. The devolved nature of HE policy means that these statistics only include individuals domiciled in England.

The statistics are derived from the Labour Market Survey (LFS), a survey of households living at private address in the United Kingdom. It purpose is to help ‘develop, manage, evaluate and report on labour market policies” (DfE, GLMS, Methodology Note, para.26). 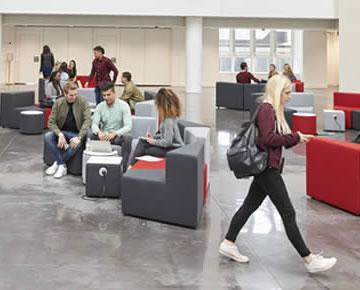 As survey data the GLMS data represents estimates, and differences in the data values may not be statistically significant.

Data is available for three groups segmented by highest qualification:

The data is also segmented by age:

As well as data being available for 2018; time series data from 2007 is published.

A summary of the GLMS for 2018, allows comparison of both changes since the previous report in 2017, and trends from 2008 to be made. The later shows the impact of the 2008 financial crisis and the subsequent recovery in employment.

For the working age population, the data for 2018 shows similar levels of employment for graduate and postgraduates at above 87%; well above the level for non-graduates of under 72%.

By type of employment, a higher proportion of postgraduates (76.5%) were employed in higher skilled employment, compared to graduates (65.4%). The same statistic for non-graduates was 22.9%. In each case higher skilled employment is defined by the Standard Occupation Classification (SOC), codes 1-3 (i.e. Managers, Directors and senior officials; professional occupations and associate professional and technical occupations).

The DfE has also publishes supporting data on GLMS, based on a range of characteristics. The characteristics includes employment and salary data for three subject categories:

For the three subject categories employment rates for both age groups (Table 1) are very similar, and above the rates recorded for non-graduates.

In addition, to the data reproduced above, further data is available by the following characteristics:

As increased attention by policy makers is focused on employment outcomes, governing bodies and governors should ensure they regularly review and discuss the likely outcomes for their graduates and postgraduates.

If you would like to receive Governance News Alerts directly to your inbox, you can simply select the Governance option when you join our mailing list.