The Significance of Gender for Scientific Research and its Outcomes

02 Jan 2019 | Elizabeth Pollitzer In this blog, Elizabeth Pollitzer discusses how science knowledge making can be improved by paying attention to the evidence of when, why and how biological differences (sex) and/or socio-cultural distinctions (gender) can influence research results and differentiate the quality of impact for women and men.

Elizabeth Pollitzer is the co-founder and director of Portia, a not-for-profit organisation established in 2001, dedicated to promoting methods of sex/gender analysis in research and innovation, and evidence-based consensus between scientists, gender scholars and policymakers on actions needed to improve institutional practices and process.

In this blog, she discusses how science knowledge making can be improved by paying attention to the evidence of when, why and how biological differences (sex) and/or socio-cultural distinctions (gender) can influence research results and differentiate the quality of impact for women and men.

Past discussions of gender issues in science have focused primarily on the problem of underrepresentation of women in STEM fields.  But even in fields where women are well represented, their career progression is slower and chances of reaching top-level positions are much lower than men’s. 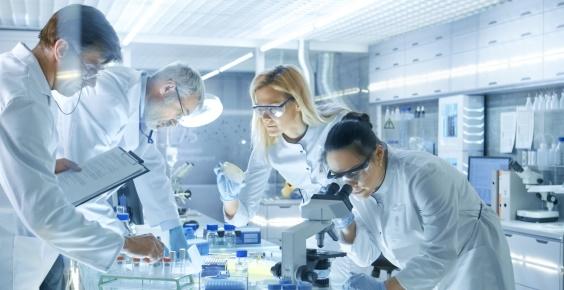 Efforts to increase the numbers of women going into STEM at undergraduate and doctoral levels have not translated into an equal or equitable representation of women in senior STEM positions. There is a limit to how much feeding the pipeline of female students into STEM subjects and providing targeted support to individuals can redress current gender imbalances.

Analyses of these imbalances within particular disciplines and/or national settings show that it is not a matter of time – other explanations need to be considered to understand why women’s careers in STEM progress with lower success rates than men’s.

The consequences of excluding talented women from achieving their full potential are research systems that are dominated by men, particularly at the leadership decision-level, and adoption of male norms, in evaluation procedures, and in working practices, which inadvertently favour the success of men.

These gender biases are often implicit and subtle, and more difficult to recognize and admit, and thus harder to counter, than blatant and explicit discrimination.
They are found in recommendation letters and in grant proposal evaluations, in citations, and selection of conference speakers as well as questions asked at conferences.

The often repeated claim that ‘science is gender neutral’ - namely that research process and results are independent from who the researcher is, or who is the research subject, or the intended user - is an illusion that hides many historical deficiencies in science knowledge making.

Science today has more evidence for men than for women because past research has tended to use male subjects (e.g. male rat in the study of pain), or not analyse data by sex, or not report the sex of the subjects (e.g. cell research). This means that research outcomes can often be worse for women than for men because bias in knowledge means bias in research applications, and in innovation.  Such bias can also overlook important opportunities to create new markets for products that utilise scientific knowledge of when, why and how sex/gender differences matter.  The bottom line is that gender blind science is not excellent science.