Bringing together sector leaders and leadership thought leaders, this unique summit will provide a thought-provoking environment to explore contemporary challenges and differing perspectives of leadership with peers across the sector.

In response to the COVID-19 (Coronavirus) outbreak we have changed the delivery method of this summit to online. The date of the summit has also moved from 2 April to 10 June 2020. Revised joining instructions will be sent to delegates as part of the booking process. See our COVID-19 updates page for the latest information on our services.

Building on last year’s theme, “Brave Leadership – Daring to Lead”, we look towards the effects of current challenges in the sector including the introduction of the new regulator in England – OfS; the launch of UKRI; TEF and subject-level TEF, changes to student funding and Brexit; as well as future challenges in a dynamic environment. This summit will provide the opportunity for colleagues to share, debate and network to ensure a strong sector for the future.

Join the conversation at #LeaderSum20

“In the world of fast paced technology and globalization of our businesses, the domination will shift from control leading to the humanity of leadership. Gone soon will be the days of power, control, secrecy and silos. Today the road to success is in the essence of the people, in how they communicate, connect and collaborate with character”
Lolly Daskal, Leadership Coach and Author, 2019

Many recently published authors and thought leaders have all echoed this sentiment, that as we progress into a future where leaders will be less able to reply on a ‘tell’ approach, the often spoken about impact of a VUCA environment becomes more tangible and where future generations will be looking for a different kind of working environment, there is a need to lead differently.

Working out exactly how to do this can be challenging – but not impossible. This Summit will explore differing interpretations of what it means to lead with humanity and how those tasked with ‘showing leadership’ may frequently find their actions constrained by time-hungry, admin-burdened systems and ill-fitting structures but need to find a way to lead beyond these. We will explore the experiences of finding the ‘wriggle room’ in our systems and context to enact leadership with greater humanity and find a voice in evolving towards ‘better’.

Robin has focused his work in two areas; in supporting Boards and leadership teams usually in the process of devising strategy and leading change, and in directing large leadership development endeavours. He has a broad range of senior level experience and has consulted in the UK, the US, South America, Australia, United Arab Emirates and Eastern Europe. Robin has worked with a wide range of organisations such as the Oxford University Press, the Wellcome Trust, Greenpeace UK, Fitch ratings, and Sainsbury’s as well as a variety of HE institutions.

Robin has been a Visiting Fellow of the UK’s Ashridge Management Centre, and a Fellow of NSW’s Health Education and Training Institute. He has written for publications that include The Guardian, City AM, The International Journal of Leadership in Public Services, The Mandarin (Australia), Training Journal, and Civil Service World. Robin is founder and co-owner of the independent publisher Situation Press.  He is Vice Chair of the Governing Board of Richmond Park Academy.  He has two children, lives in London and has a passion for SCUBA diving and travel. 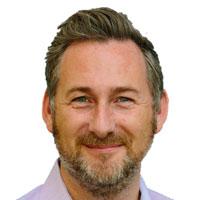 Emma has over fifteen years of HEI experience having previously worked at the University of Cumbria and the University of Central Lancashire. During this time she project managed several large scale leadership development programmes and was the Deputy Director for the Institute for Leadership and Sustainability at the University of Cumbria. Emma’s early career was in Financial Services where she specialised in the small business sector. She has extensive experience in the design and delivery of leadership development programmes for the financial services sector. Before entering Higher Education Emma’s early career was in financial services. 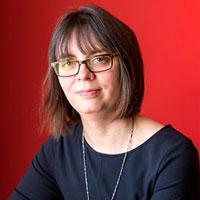 Sally has over 20 years' experience of HR/OD gained from across a number of sectors (private, public and not-for-profit) however has concentrated on higher education since 2006.

Her particular areas of professional and academic interest are all within the broad span of Organisational Development and HR where business strategy aligns and integrates with the development of staff, specifically cultural change, management and leadership development, coaching and mentoring, talent development, equality, diversity, inclusion and well-being.

Sally is particularly dedicated to supporting women in their careers and is a role model and mentor for the Advance HEs  Aurora programme and a member of WISE (Women in Science and Engineering).  She has significant experience in supporting HEIs with their applications for Athena Swan awards and is a panel member, reviewing applications. 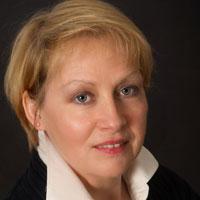 Kate combines her experience, expertise and commitment to enhance the potential of individuals and systems, through the use of humanistic connectivity. A seasoned urologist and a professional team and leadership coach, Kate combines her 20 years of experience to lead workforce redesign and organisational performance enhancements for stakeholders including charities, the National Health Service, and Universities. She is well recognised in the National Health Service for this work, where she has advanced the delivery of care and compassion to patients by enhancing human connectivity within clinical pathways across healthcare systems. Amongst her achievements is the Longitudinal Integrated Foundation Training Programmes. In addition Kate has led other programmes of work to enhance the culture of care within the NHS, including the ACTivate and On- Becoming programme. Kate has worked with NHS England and the General Medical Council to enhance performance of organisations through medical appraisal systems. She has been commended in the House of Commons as an ‘inspirational female leader in health and social care’.

She is a graduate of medicine from St Andrews/ Manchester University, has a master’s degree in medical education and is a qualified executive performance, organisational and relationship systems coach, She is a longstanding leader of healthcare improvement fellow with the NHS Advancing Quality Alliance (AQuA).

As well as working as a urologist Kate works for Health Education England, designing and implementing the delivery of physician associates as an addition to the NHS workforce across the North West. She is an Executive Performance Coach and a certified Organisational and Relationship System Coach. Kate has been awarded a Fellowship of the Royal Society of Arts (FRSA) for her achievements in leading with humanity within the NHS. 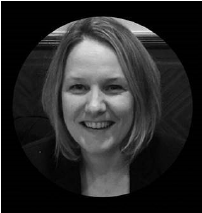 The university 'student experience' includes many things, and 24/7 access to study help is a strong support foundation. When every student has the opportunity to seek and receive formative feedback, prompting and encouragement from an expert, the results are clear: Studiosity's partner universities see higher student satisfaction, wellbeing, and sense of belonging - as well as better academic performance. Over 70% of Australian universities already partner with Studiosity to ethically and equitably deliver core academic skills support 24/7, and a growing number of UK universities and institutions are now seeing the benefits too.