The theme of this conference speaks to the reality of EDI work in both HE and FE - a growing focus for attention internally and externally, ambitious, analytical, forward-looking, practical and increasingly complex. As EDI becomes more embedded in institutional values and strategy and becomes more of a measure for the student experience, institutional interest in creative responses to tackling inequality is growing.

Whether focusing on newly emerging issues or dealing with those that are stubbornly persistent, as a sector we can seek inspiration, insight and guidance to navigate the EDI landscape through sharing learning and advancing evidence-based good practice. Learning from both inside and outside the HE/FE sector can stimulate new ideas and innovative approaches to tackling systemic inequalities.

With institutions taking increasingly intersectional approaches to equality work, aspects of inequality once hidden and silenced are emerging in colleges and universities. Once considered taboo, issues such as gender-based violence, decolonisation, the menopause, and privilege, are now emerging areas of discussion and innovation. Creating space for once unspeakable conversations will increase capacity in the sector to examine the experiences of people who may be left behind in traditional approaches to equality and address emerging practical challenges. By linking policy and practice, this conference can facilitate a refreshed perspective to support the sector’s ambitious equality aims.

Breaking the taboo: Addressing hidden and stigmatised areas of inequality confidently and effectively

• Inclusive leadership that really makes a difference.
• Genuine distributed leadership approaches for hierarchical environments.
• Strengths-based/neuroscience approaches to managing inclusively.
• Room at the top/related to top leadership.
• The role of governance in EDI.

• No right not to be offended? – navigating the tensions between protection from harm and freedom of expression.
• Supporting staff and students through hidden challenges (i.e. Infertility, miscarriage, infant loss, bereavement, menopause etc.).
• Rethinking the curriculum (decolonise not ‘diversify’).

Thinking forward: Effective management of EDI in a changing environment

• Responding to majority privilege – fragility, ownership and allyship.
• When speaking becomes doing – what makes EDI work effective in creating positive and sustainable culture change?
• Intersectionality in action – reflecting the lived experiences of staff and students facing multiple disadvantage in EDI work.
• The power of storytelling: the personal narrative as a tool for change.

Advance HE has acted as a nexus for thought leadership and research into EDI policy and practice in HE and FE. The underpinning evidence base has been built up by and for the sector and is used to inform the work of policymakers and practitioners. With an ever-growing global community of member institutions and a portfolio of thematic communities with global membership, this conference seeks to promote the learning between individuals with a passion for transforming EDI activity in the sector to achieve real change.

Through forecasting emerging EDI topics and priorities in the sector, the conference will create space for reflection and capacity-building through exploring two sub-themes: ‘courageous conversations’ and ‘adventurous approaches’. It will dig deep to explore hidden and emerging EDI issues, and highlight the best examples of creative, courageous interventions that are contributing to change as well as:

Statement of Respect and Wellbeing

Statement of Respect and Wellbeing

Jackie Galbraith joined West Lothian College as principal in 2018 after five years as a vice principal at Ayrshire College.

Prior to that, Jackie worked for ten years in government, in the main as an adviser to a succession of Scottish Government Education ministers and two years working for the UK Government’s Secretary of State for Scotland.

She began her career in various tech roles in the manufacturing sector, after which she was a university lecturer and then executive director at a national organisation responsible for promoting the use of technology in learning.

Jackie’s lifelong passion for social justice and her experience as a woman in technology have contributed to her commitment to equality, diversity and inclusion. She strives to lead by example, setting herself high standards and expecting the same of those she works and collaborates with. 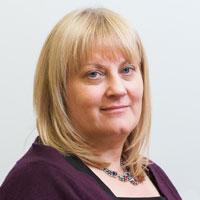 He became Pro Vice-Chancellor for Research and Enterprise in August 2014, establishing two cross disciplinary research institutes to address societal issues and worked to establish a key partnership with the Alan Turing Institute.

Nishan is internationally recognised for his engineering research on signal processing and texture classification. He served on national and international research funding, governance and postgraduate education panels as well as acting as a technical consultant for Sony, BT, BBC, Orange, Thales, Toshiba and the Met Police.

As University of Bristol lead for equality, diversity and inclusion, Nishan championed a diverse and welcoming University community that reflected his role as one of the Bristol Race Equality Commissioners and position on the Governing Board of the Bristol City Funds. 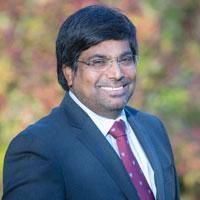 Paul Weller (Cert Ed, MA, MPhil, PhD, DLitt) is part-time Professor, Centre Centre for Trust, Peace and Social Relations, Coventry University, where he is part of the team working on the Office for Students Project: "Tackling Religion-Based Hate Crime on the Multi-Faith Campus", some results of which he will be presenting. He is also Emeritus Professor of the University of Derby in the Centre for Social, Cultural and Legal Studies, and Research Fellow in Religion and Society at Regent’s Park College, Oxford, where he is an Associate Member of the Faculty of Theology and Religion. His research focuses mainly on matters of freedom of religion or belief, discrimination, equality and human rights. Together with Tristram Hooley and Nicki Moore he was lead academic and co-author of the 2011 report for the former Equality Challenge Unit on Religion and Belief in Higher Education: The Experiences of Staff and Students. 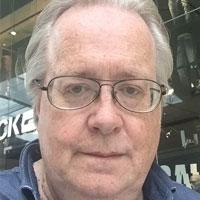 Ivana Vasic Chalmers is an equality, diversity and inclusion researcher and advocate. Recently appointed as the Head of Research for the Women’s Higher Education Network [WHEN], over the past decade Ivana has published her research on the subject in a number of academic journals, books and professional and online press.

Since 2015 Ivana has lead on strategy, risk management and governance at the Royal Veterinary College, where she project managed a Bronze Athena SWAN award, is a steering group member of the Higher Education Risk Manager Network and an Aurora alumna.

With sponsorship from the Financial Times and the 30% Club, Ivana completed her MBA at Henley Business School in 2019 – using her dissertation to explore the value of external consultants to organisational equality, diversity and inclusion efforts. She has since provided pro-bono Research and Development support for an entrepreneurship venture tackling the motherhood career penalty. Previously, Ivana has worked in the UK, Middle East and South Africa in a number of roles in corporate communications and higher education. 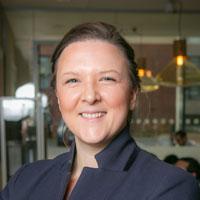 As a Senior Adviser at Advance HE, Jess focusses on inclusion for staff and students.  Currently working with universities with their inclusive curricula development, she also supports institutions in their work on tackling inequality in access and participation (including awarding and experience ‘gaps’, and safeguarding).

Recent publications include  ‘what works’ for EDI in international research, findings of a programme to explore targeted action in student recruitment, and sector guidance on religious inclusion in higher education. Jess helps members to navigate national regulation and policy relating to equality and inclusion. She focusses on approaches which consider intersectionality, the ethical use of equality data, and long term cultural change. 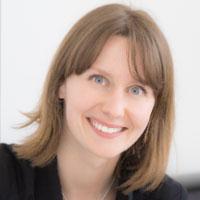 This template should be used for Ignite presentations delivered at Advance HE conferences.

Please replace images and text with your own material, but please do not add to or remove slides - ignite sessions are a standard format of 20 slides delivered over 5 minutes and are pre-set to automatically move from one slide to another.